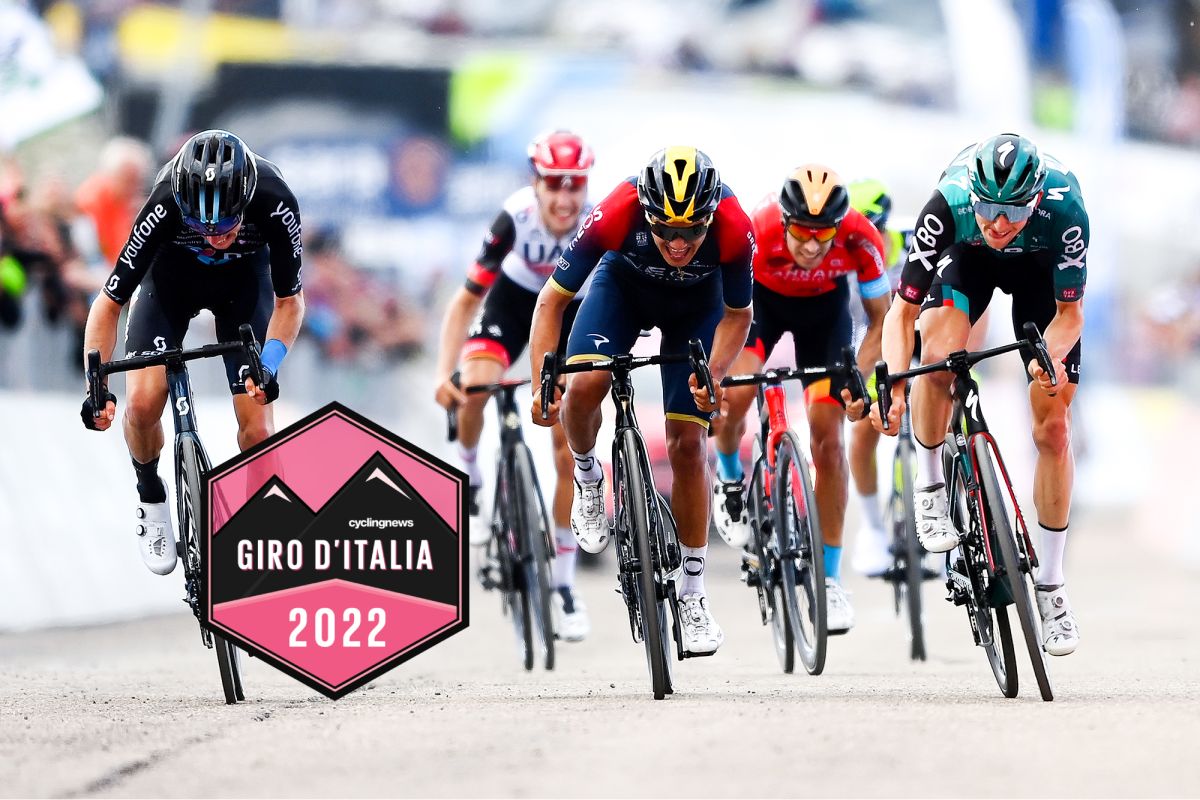 Matt White said beforehand that the stage 9 of the Giro d’Italia to Blockhaus would be decisive. I bet he didn’t want to think it was going to be Simon Yates’ downfall.

However, the experienced BikeExchange-Jayco directeur sportif was correct in that we now know who the three strongest riders in the mountains are – Richard Carapaz, Romain Bardet, and Mikel Landa.

Jai Hindley may have won on the highest peak climbed so far in the race, but he hadn’t troubled the front previously, leaving that honour to the Ineos Grenadiers team who did what they do best and put the hurt on everyone just like the good old days. From the moment the Giro returned to the peninsula, Ineos had been waiting for the Blockhaus stage and they delivered in a more spectacular way than the day when Mount Etna was the final ascent.

It has been quite noticeable that we never saw them on the front unless it was a positioning exercise going towards the 3km to go banner on the more hectic sprint stages. They didn’t go in the breaks and only covered certain moves where there was a real GC danger.

Tactically they’ve played it pretty cool so far, avoiding the problems that have already removed certain threats, like Yates and Miguel Angel López via natural selection. Injuries and crashing are all part of Grand Tour survival; if you avoid them, you’re fortunate and if you do hit the deck then it’s best to bounce well.

Talking of bouncing back, Arnaud Démare became the Frenchman with the most Giro stage wins courtesy of two successive sprint victories. He was dragged back into contention on stage 5 to Messina by his teammates despite Mathieu Van der Poel’s squad trying to eliminate all the sprinters on the climb midway through the stage. He also won on the following day to Scalea.

That stage was more of an active recovery ride than a race but the sprint was spectacular for the way both Démare and Caleb Ewan came around Mark Cavendish in the run to the line.

Now that Quickstep-AlpaVinyl have lost skilled leadout man Michael Mørkøv, it will be interesting to see just how many sprints open up for Cavendish during the rest of the Giro and especially at the start of this week. Groupama-FDJ look like they have their sprint train very well organised and Caleb Ewan probably just needs a bit more luck and form if he’s to win.

The question for a lot of the fast men going into the second week is when do they stop and save themselves for the Tour because the final week of the Giro is just going to kill them.

Luckily for Lotto Soudal, Thomas de Gendt has good legs, which takes the pressure off the quest for results in the sprints with Ewan. If ever you needed an example of how to wear down your opponents, then De Gendt’s ride on the Naples circuit was it. He isn’t noted for being fast at the end of a race, and to be capable of any kind of sprint you need some energy. The bearded Belgian handed out a beating to his fellow breakaways for most of the stage and then finished with his sprint to the line.

There were some curious moments in the first week of the Giro but none rival Diego Rosa, a decent climber, going on a solo attack on the flat stage to Scalea. It’s almost as if Eolo-Kometa were competing with Drone Hopper-Androni Giocattoli for the most television time. His attack made no sense on a day when everyone, including the riders, gets bored waiting for the sprint finish and the commentators talked about everything but the bike race.

Heartwarming to see Dumoulin and Nibali back in the action

Which brings me to something everyone likes to see – action from former winners. First, Tom Dumoulin appeared in the break on stage 7 and helped his Jumbo-Visma teammate Koen Bouwman take his first Grand Tour stage. He seemed as happy as if he had won himself and, after Dumoulin’s doubts and personal problems, that was heartwarming to see.

Then, Vincenzo Nibali showed he is far from done even though he announced he will retire at the end of the season on the day the Giro visited his home town of Messina.

Nibali was disappointed with his ride up Mount Etna but performed far better than much younger riders on the big day to Blockhaus, taking eighth place at 34 seconds. Jumbo-Visma are getting more out of this race than Astana Qazaqstan for the moment, but hope lies eternal that Nibali can add one more stage to his palmarès before he retires at the end of the season. Who will dare deny him if he gets in the right breakaway?

Also noticeable, fellow veteran Alejandro Valverde is lying in 11th position on GC – two up on Nibali – and only a fool would bet against him making the top 10 come Verona. He’s the top man for Movistar which is admirable and embarrassing at the same time. Where are their young talents?

The conclusions from the first proper Italian week of racing are interesting too. Binian Girmay is competitive for the fight for the points jersey, Trek-Segafredo have a new star in the making with Juan Pedro López enjoying his spell in the maglia rosa, while Mathieu van der Poel is probably going to be marked out of contention every time he tries to win a stage.

He has talked about finishing the Giro but I think he knows he has few chances left of winning again before he abandons to save himself for the Tour de France.

In the battle for the GC, we have the elegance of three favourites – Carapaz, Bardet and Landa.

The 2019 champion has the strongest team. However, he could find himself alone if his Ineos have to take sole responsibility for the race. Team DSM have Thymen Arensman to help Bardet, while Bahrain Victorious have Pello Bilbao sitting in the danger zone, just a few minutes in arrears in 10th.

I think it’s reasonable to expect current race leader López to slowly slide backwards as the Giro progresses, like Guillaume Martin of Cofidis, who jumped into the top five after making the break in Naples, but who always manages to have a below average day at some point.

João Almeida is in an interesting position because he could inherit the lead. As he showed on the Blockhaus, he also has the tenacity to claw his way back if he can’t follow big accelerations on the steepest climbs.

Stage winner Jai Hindley is on form and improving, so the coming week will indicate he’s going to be a factor or not for another podium finish, though there aren’t so many stages on which to show that form for a while. At the moment he’s in that place of will he or won’t he become stronger as the race goes on.

Landa looks good though but so does Bardet. Carapaz? Well I don’t think they can give him a 10-metre advantage because he’ll be off.

That’s perhaps the narrative of the final week in the high mountains. In the meantime this week we get to enjoy more sprint battles between Cavendish, Ewan and Démare, more aggressive racing and marking from Girmay and Van der Poel, and a fascinating battle for overall victory.

After a fascinating and entertaining first half of the race, there’s a real sense that things will only get better in the second half of the race as the peloton head north.