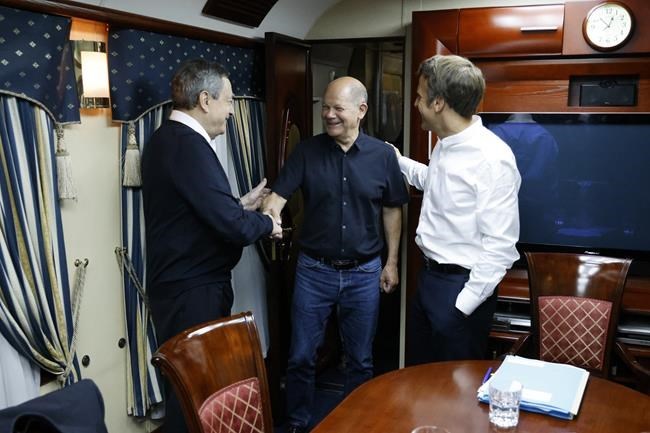 KYIV, Ukraine (AP) — The leaders of four European Union nations visited Ukraine on Thursday, vowing to back Kyiv’s bid to become an official candidate to join the bloc in a high-profile show of support for the country fending off a Russian invasion.

French President Emmanuel Macron also promised Ukraine six more powerful truck-mounted artillery guns, the latest in a new round of Western arms pledges for Ukraine as the war grinds on in the eastern Donbas region.

The leaders “are doing everything so that Ukraine alone can decide its fate,” Macron said at a news conference.

In the face of Kyiv’s fears that Western resolve to help it could wane, the visit by Macron and the leaders of Germany, Italy and Romania carried heavy symbolic weight. The three Western European powers have faced criticism for continuing to engage with Russian President Vladimir Putin — and failing to provide Ukraine with the scale of weaponry that it has said is necessary to fend off the Russians. Romania’s president also made the journey.

After arriving in Kyiv to the sound of air raid sirens, the leaders headed to Irpin, a suburb of the capital that was the scene of intense fighting early in the war and where many civilians were killed. They decried the destruction there.

While shocking images of such devastation have rallied Western support, officials in Ukraine have expressed fears that “war fatigue” could eventually erode that — particularly as rising prices and upcoming elections in the United States are increasingly dominating people’s concerns.

The U.S. and its European allies have given billions of dollars in weaponry to Ukraine, and Germany and the U.S. recently announced new arms shipments. Such arms have been key to the country’s surprising success in preventing the Russians from taking the capital, but officials in Kyiv have said much more will be needed if they are to drive Moscow’s forces out.

Many in Ukraine hoped that the leaders’ visit could mark a turning point by opening the way to significant new arms supplies and it also comes as EU leaders prepare to make a decision next week on Ukraine’s request to become a candidate for membership in the bloc.

European allies have sent increasingly muscular weapons and rallied around Ukraine more than many expected, approving wave after wave of unprecedented sanctions against Russia that are badly squeezing Europe’s economy.

But Ukrainians say more is still needed as Russian forces pressing their offensive in the eastern Donbas region, slowly but steadily gaining ground on the badly outmanned and outgunned Ukrainian forces.

While hopes were high for the visit, there was also skepticism.

Gov. Serhiy Haidai of Luhansk, which is also part of the Donbas, said the visit would not yield progress if the leaders ask Ukraine to sign a peace treaty with Russia that involves giving up territory.

“I am sure that our president, Volodymyr Zelenskyy, is not going to make concessions and trade our territories. If someone wants to stop Russia by giving them territories, Germany has Bavaria, Italy has Tuscany, the French can concede Provence, for instance,” he said.

While visiting Irpin, German Chancellor Olaf Scholz observed that officials must keep the horrible scenes destruction in mind in all their decisions.

“Innocent civilians have been hit, houses have been destroyed; a whole town has been destroyed in which there was no military infrastructure at all,” Scholz said. “And that says a great deal about the brutality of the Russian war of aggression, which is simply out for destruction and conquest. We must bear that in mind in everything that we decide.”

Italian Premier Mario Draghi said during the tour of Irpin that Ukraine’s backers will rebuild “everything” with European help.

“They destroyed the nurseries, the playgrounds, and everything will be rebuilt,” Draghi said.

Macron, Scholz and Draghi, representing the three largest economies in the European Union, traveled to Kyiv together on a special overnight train provided by the Ukrainian authorities. They have been criticized for not visiting Kyiv sooner. A number of other European leaders have already made the long trip overland to show solidarity with a nation under attack, even in times when the fighting raged closer to the capital than it does now.

After viewing Irpin, he wrote on Twitter that there are “no words to describe the unimaginable human tragedy and horrible destruction” and called for “all Russian perpetrators to be held responsible by the international criminal justice” system.

Several air raid sirens rang out while the European leaders were in their hotel preparing for the rest of their visit, and Kyiv authorities urged people to seek shelter. Such alerts are a frequent occurrence.

In Ukraine, Macron responded to criticism of France’s response, including his recent comment that Russia shouldn’t be “humiliated,” which deeply angered Ukrainians. He insisted that “France has been at Ukraine’s side since the first day.”

His office also released a list of the dates of all his conversations with Zelenskyy. They have spoken by phone on 23 occasions since the war began; and Macron spoke with Putin 11 times, including three times with Scholz.

Scholz had long resisted traveling to Kyiv, saying he didn’t want to “join the queue of people who do a quick in-out for a photo opportunity.” Instead, Scholz said a trip should focus on doing “concrete things.”

Germany on Wednesday announced that it will provide Ukraine with three multiple launch rocket systems of the kind that Kyiv has said it urgently needs.

Tamara Malko, a resident of the Donetsk region that is part of the Donbas, said Macron and Scholz had been “very cold” toward Ukrainians so far, and hoped for a change.

“We want peace very much … and have high hopes for Macron and Scholz,” she said. “We want them to see and understand our pain.”

Follow the AP’s coverage of the war at https://apnews.com/hub/russia-ukraine 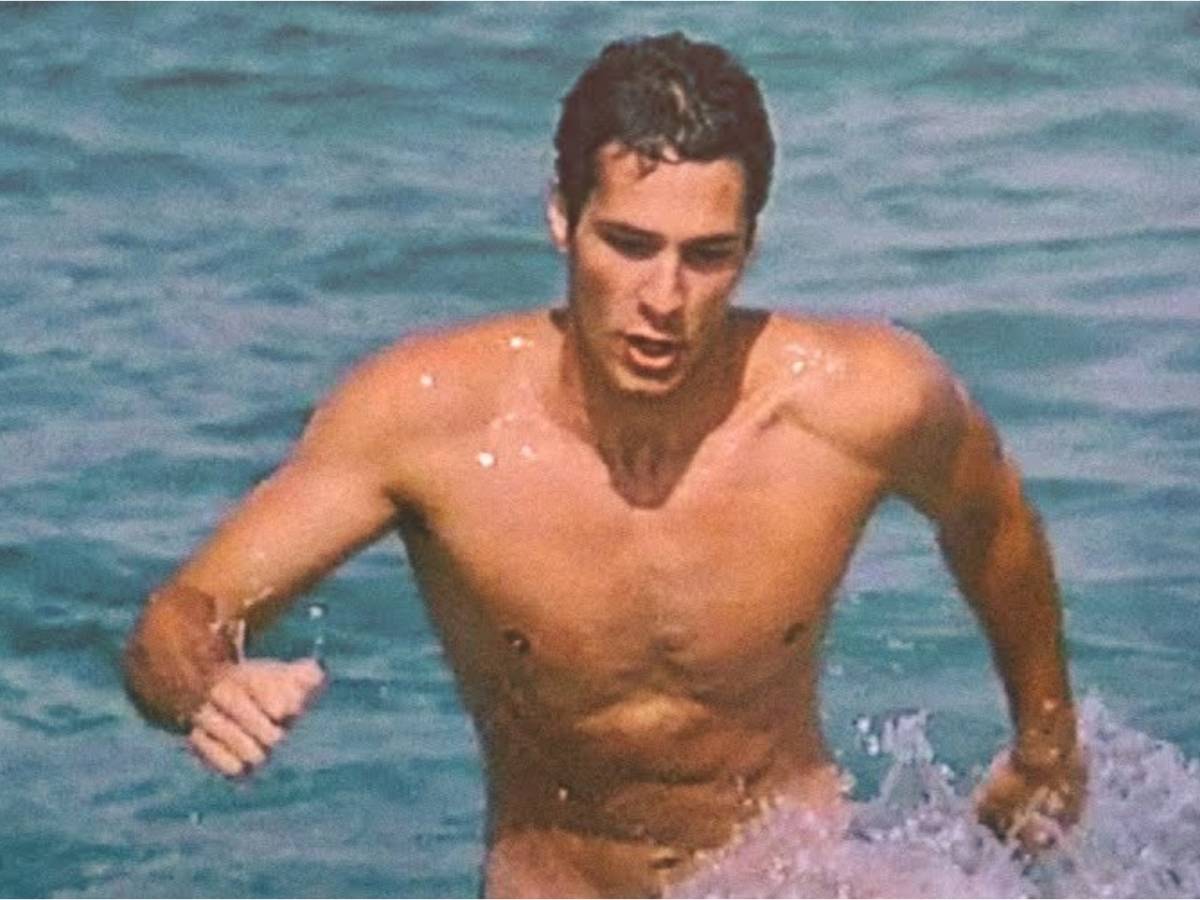