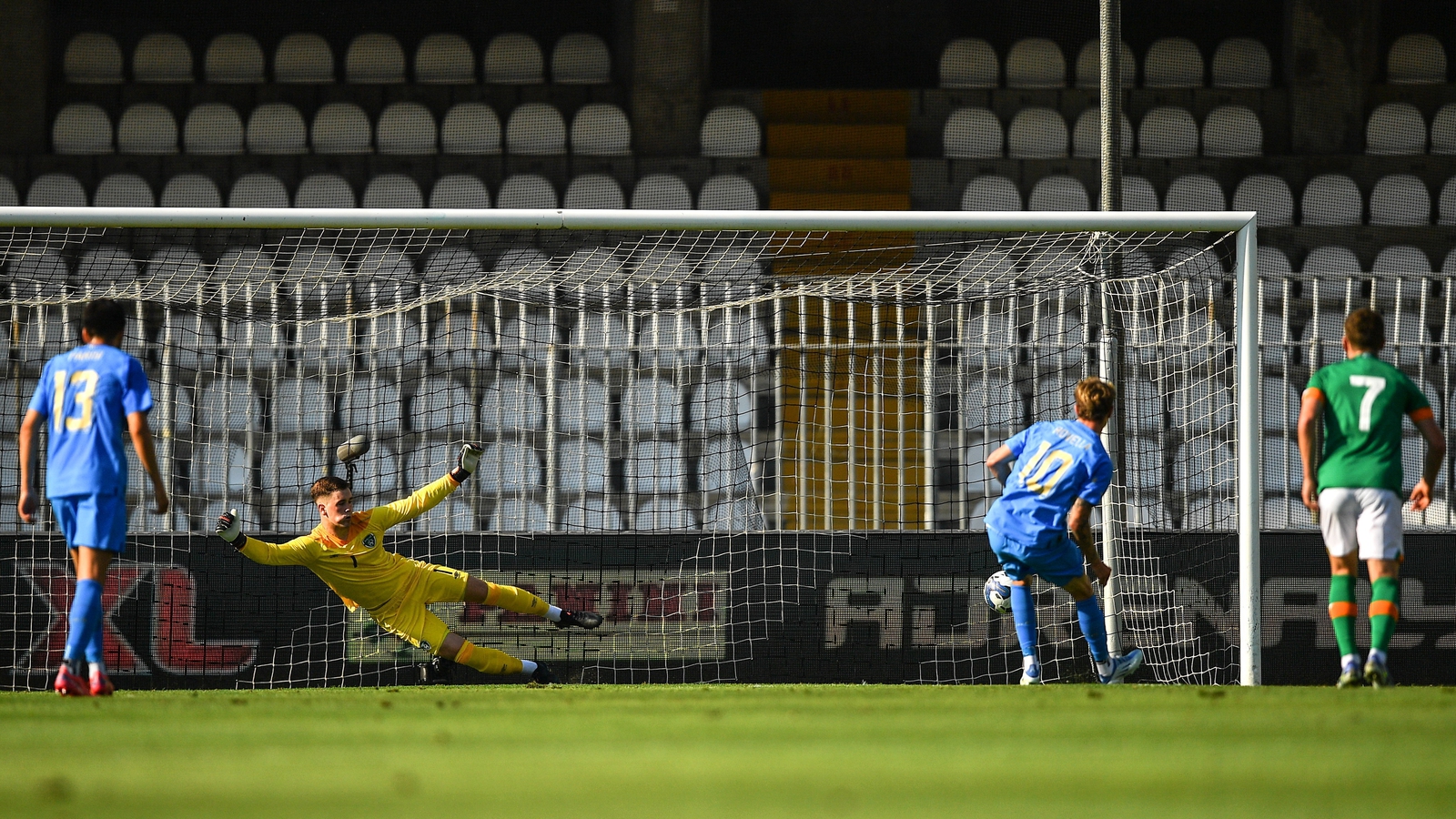 The Republic of Ireland now know that a European Under-21 Championship play-off will be the route to a potential first ever qualification for a major tournament after suffering a 4-1 defeat at the hands of Italy.

Goals, the first from the penalty spot from Nicolo Rovella and the second a long-range strike from Nicolo Cambiaghi, put the home side in the driving seat in the first half.

Less than a minute after the break, Pietro Pellegri pounced on a defensive mix-up between Mark McGuinness and Brian Maher to put the game beyond doubt.

Ireland skipper Conor Coventry converted from the penalty spot after Will Smallbone went down under the challenge of Mattia Viti to give Ireland some hope but the game was long wrapped up before that.

Ireland started the game nervously, centre-half Eiran Cashin gave the ball away in a poor area allowing Pellegri to fire from a tight angle which Maher deflected away from danger.

Cambiaghi and Pellegri caused the Irish back four all sorts of problems with their movement and pressing but it was from a set-piece that Ireland were undone.

McGuinness tangled with opposition centre-back Caleb Okoli and dragged him to the ground giving the referee no option but to award a penalty. Rovella coolly slotted home beyond Maher in the 20th minute.

Just 15 minutes later, the Italians doubled their lead. Maher clipped a ball towards Evan Ferguson, but it was the Italian centre-half Lorenzo Pirola who powered a header towards Cambiaghi.

He controlled well and unleashed a powerful right-footed effort which Maher got a hand to but couldn’t deflect around the post.

Maher had been treated for an injury in the preceding minutes, which could have hampered his efforts, but it was an effort the Derry City player will want to forget.

Italy U-21 2-0 Republic of Ireland U-21 – Nicolo Cambiaghi doubles Italy’s lead with a strike from distance. #IRLU21 #COYBIG

The game was played in sweltering heat in the city of Ascoli, a town known to some in Ireland as the last outpost that Liam Brady found himself at before returning to England with West Ham United.

Coventry and Gavin Kilkenny aimed to be the cultured midfield players at the base of the Irish midfield, with Smallbone threatening the Italian back four by occupying the space between the midfield and the defence.

However, the nature of the goals given away by Jim Crawford’s side meant meant that Ireland had no hope of earning a win that would have seen them overtake Italy at the top of the group.

A horrendous mix-up between McGuinness and Maher, where neither went for the ball as it bobbled into the six-yard-box, meant that the impressive Pellegri bundled the ball home for Italy’s third.

Ireland went to a back three in the hope of achieving the unthinkable and were rewarded after a good move down the left ended up with Smallbone going down under the challenge of Viti. Coventry made no mistake from the spot.

Italy U-21 3-1 Republic of Ireland U-21 – Conor Coventry makes no mistake with his spot-kick, sending the goalkeeper the wrong way. #IRLU21 #COYBIG

Mipo Odubeko and Conor Noss were both introduced as Ireland attempted to half the deficit but the home side were always in control.

Substitute Quagliata surged past a couple defenders before slotting beyond Maher to make it four.

Ireland will now wait for the draw on 21 June to see who they will play in the play-off in September. They will have to improve in order to have any hope of qualifying over two legs.