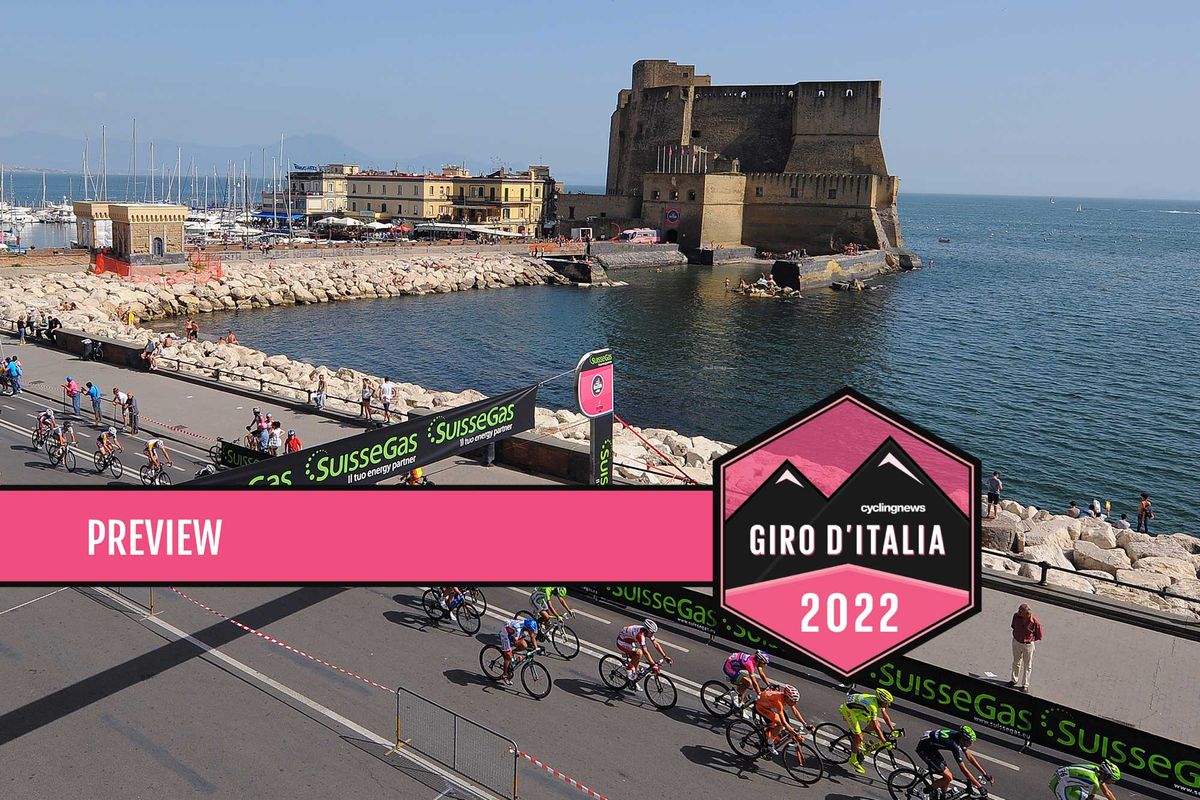 The long list of Giro d’Italia stage winners in Naples tells its own story. On the streets of the city by the bay, speed has usually been king and taking a risk or two brings its own reward.

Mark Cavendish was the winner when the race last came here on the opening day in 2013, and the Manxman was preceded on the roll of honour by sprint grandees including Rik Van Steenbergen, Miguel Poblet and Mario Cipollini.

That familiar, sweeping finishing straight on Via Caracciolo returns on stage 8 after a nine-year hiatus, but this time out, the pure sprinters will not find a bounty in the shadow of Mount Vesuvius. Instead, the short, circuit-based stage around Italy’s most misunderstood city is open to a variety of interpretations, almost all of them intense.

The stage takes in an exacting 153km course through the Campi Flegrei, the ‘other’ volcanic area to the west of the city. The centrepiece of the short, intense stage is the 19km circuit over the Monte di Procida (2.1km at 6%), which is completed four times before the race follows a rippling return road to Naples and the usual finish on the waterfront.

“Riders should be on the alert about the Procida circuit,” race director Mauro Vegni warned. “Given the area, a lot of people think it’s flat, but instead it’s really deadly.”

Mathieu van der Poel (Alpecin-Fenix) has sat out the flat bunch finishes since he claimed victory on the opening day in Visegrád, but Saturday’s stage, with its constant succession of short climbs, should play firmly to his characteristics as a Classics hunter.

In that light, it was surprising to see the Dutchman so active in trying to make the early break on stage 7, but his Alpecin-Fenix squad should be to the fore in ensuring that the pure fast men like Cavendish, Caleb Ewan (Lotto Soudal) and Arnaud Démare (Groupama-FDJ) are burned off long before the finish here.

Fernando Gaviria (UAE Team Emirates) and Biniam Girmay (Intermarché-Wanty-Gobert) will also have very realistic ambitions of surviving the succession of climbs and contesting a reduced sprint back in Naples, while there will be no shortage of stage hunters eager to go on the offensive on a day as short as this. Thomas De Gendt (Lotto Soudal), for instance, intimated this would have been a day marked in his garibaldi were he not on duty for Caleb Ewan.

The question is whether any of the general classification contenders will be minded to join in the inevitable attacking that will come on a stage of this brevity and intensity. Friday’s long, rugged haul through Basilicata didn’t provoke the kind of ructions that had been anticipated beforehand, after all, and with the key summit finish on the Blockhaus to follow on Sunday, the overall favourites won’t want to waste energy unnecessarily. On a stage like this, time is difficult to gain but easy to lose.

“On Friday, I think the GC riders looked at the map carefully and saw that it gets harder and harder in the days ahead and they decided to wait. Even so, I think everybody put in a lot of effort, both at the front of the race and the back,” Astana-Qazaqstan directeur sportif Giuseppe Martinelli told Cyclingnews.

“The stage in Naples is insidious, but I don’t think it will change much in the overall economy of the Giro. It’s a tricky route, but it’s not that hard in terms of the altimetry. There could be a bit of a battle if Van der Poel or whoever wants to make the race tries to go in the break, a bit like we saw on Friday. But I think the best riders will all be together. I think it’s on Sunday that we’ll see the first real battle with the Lanciano and Blockhaus. We’ll really see big differences there.”

After setting out from the vast Piazza del Plebiscito on the fringe of Naples’ stirring Spanish quarter, the gruppo takes in the most scenic neutralised zone of the entire Giro, passing the Castel dell’Ovo, where John Keats’ boat was anchored in quarantine on his arrival to Italy, before traversing the waterfront along Via Caracciolo to reach kilometre zero.

The race climbs towards Pozzuoli, the homeplace of Sophia Loren, as it leaves the city limits, though the 153km stage takes place on an almost entirely urban route through the sprawling hinterland of Naples. This area west of the city is known as the Campi Flegrei (the Phlegrean Fields, from the Greek phlego – ‘to burn’), and in ancient times, it was a place of particular foreboding.

The Lago d’Averno, for instance, was the site where Aeneas descended to the underworld in The Aeneid, and the gruppo will tread with some trepidation, too, after the opening loop along the coast. After 48km, the race heads towards Bacoli and takes in four laps of a tricky 19km circuit over the climbs of Monte di Procida (2.1km at 6.2%) and Lago Lucrino, which briefly ramps up to 14%.

The ascent themselves are not especially difficult, but positioning will be critical, not least because the roads are both narrow and twisting. Concentration will be required on this dizzying circuit, where gaps will inevitably open.

The final lap of the circuit features an intermediate sprint at Bacoli followed immediately by the last ascent of Procida with 34km remaining, before the returns to Naples by way of Pozzuoli. Although the final 3km are pan flat, the pure sprinters will struggle to get back in contact, and instead a reduced group will be expected to contest the finish on Via Caracciolo. The sharp U-turn beneath the flamme rouge will be well flagged beforehand, while the 900m finishing straight on the seafront offers a grandstand finale.

“For what Naples represents in terms of landscape and culture, coming back here with such a beautiful stage is an enormous satisfaction,” said Vegni. It’s a finish that seems to call to Van der Poel, but surprises cannot be ruled out. Naples is a city where just about anything can happen. Its return to the Giro route was long overdue.