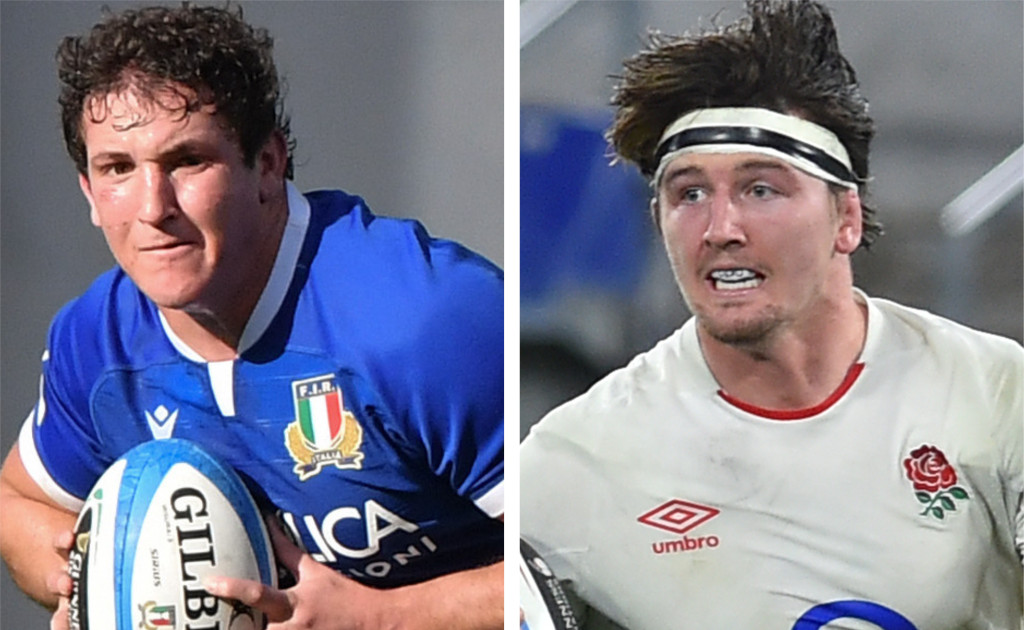 Both Italy and England will be hoping to get their Six Nations campaigns on track when they face off in their Round Two encounter at the Stadio Olimpico in Rome on Sunday.

While the determination in England‘s ranks will be very strong to get a win under their belt, it will be more a case of desperation for the Azzurri, who haven’t won a Six Nations Test since 2015.

Italy’s record in the Six Nations has been dismal since then as they have lost their next 33 matches in the Championship and head into this weekend’s fixture having gone down in all 28 of their previous encounters against England.

However, there will be some optimism in their ranks as there were some encouraging signs in their tournament opener against France last weekend. The Azzurri made a bright start to that game and managed to hold their own up to half-time when they were trailing their hosts 18-10. But things went pear-shaped after the interval as they lost their defensive shape against their hosts, who upped the ante on attack and eventually sealed a 37-10 victory.

They can ill afford to slip up like that against an England side who, like France, also have numerous attacking threats throughout their ranks. Eddie Jones’ troops came unstuck against Scotland in a 20-17 defeat at Murrayfield and know that nothing less than a convincing win in this fixture will appease their supporters, who will be smarting after their second successive defeat to the Auld Enemy.

That result is sure to have stung the entire England squad – as well as their fans – and they know that it’s imperative for them to bounce back with an excellent all-round performance and a big win to restore some lost pride.

It was a one-sided affair when these sides faced off in the corresponding fixture at Twickenham last year with England notching a 41-18 victory. The Red Rose outscored their hapless visitors by six tries to two with Anthony Watson leading the way with a brace of five-pointers. England’s other tries were scored by Jonny Hill, Jonny May, Jack Willis and Elliot Daly while Owen Farrell added four conversions and a penalty. For Italy, Monty Ioane and Tommaso Allan crossed the whitewash and Allan also kicked a conversion while Paolo Garbisi slotted three penalties. England led 20-8 at half-time but although they were happy to gain maximum points from this fixture, it proved costly as shortly after scoring his try replacement flanker Willis was forced off the field with a serious knee injury.

Although England are overwhelming favourites, they can ill afford to take their opponents lightly and right wing Max Malins believes a tough assignment awaits them in Rome.

“But we saw how well the Italians started against France on Sunday, so it’s not going to be an easy feat.

“They have dangerous players, dangerous runners, so we have got to make sure we kill their threats.

“It’s going to be their first home game of the Six Nations. They are very passionate players and passionate fans so that first 20 minutes is going to be crucial for us to tame that.

“Our main thing this week is that we obviously know what is coming, but our focus has got to be on ourselves.”

In the Italian camp, head coach Kieran Crowley saw some positive things in their loss to Les Bleus and is hoping to build on that this weekend.

“The match against France gave us indications of our work done so far,” he said. “During the week the focus was on certain actions: with the right attitude and greater precision we have the opportunity to continue on our growth path.”

Italy might not have many stars but one player who has caught the eye with some outstanding performances is highly rated fly-half Paolo Garbisi, who has cemented his position in the team as the first-choice number 10 despite only being 21 and making his Test debut as recently as 2020. A solid goalkicker and excellent attacker, Garbisi’s outstanding skill-set makes him a genuine threat to any team and he has the ability to change the course of the match with a moment of magic. He is sure to test the Red Rose’s defence with some brilliant attacking plays in Rome.

Also keep an eye on recalled back-rower Braam Steyn, who has been in and out of the Azzurri team since Crowley took over the coaching reins from Franco Smith last year. Steyn has spent some time in the Italy ‘A’ squad during that period but was recalled to the Azzurri’s Test squad for their last Autumn Nations Series clash against Uruguay in Parma in November. However, he was a surprise omission from last week’s matchday squad against Les Bleus and will be keen to make up for lost time with a strong performance against England. A hardworking flanker, the 29-year-old will be expected to lead Italy’s defensive effort especially at close quarters where he will be hoping to stop the Red Rose runners in their tracks.

England head coach Jones has received plenty of criticism for replacing young fly-half Marcus Smith during the final quarter of that encounter and although the coach has defended his decision, it can’t be ignored that England were leading 17-10 when Smith was yanked off in the 65th minute and his team failed to add to their points tally during his stint off the field. Smith hardly put a foot wrong while he was on the field with his attacking play and kicking – out of hand and for goal – solid throughout and he gave a good account of himself in his direct duel with Finn Russell. Smith’s game management and playmaking skills are of an outstanding quality and if England want to claim maximum points from this encounter, Smith must be at his best.

Another player who will be determined to make an impact is Smith’s Harlequins team-mate, Alex Dombrandt, who is one of several England players who have been elevated to the run-on side after playing off the replacements bench against France. The 24-year-old is in the infancy of his Test career and makes a rare start for his country but he should play many Tests for England as he has been in excellent form at club level. A powerful ball carrier, Dombrandt is a real handful when he gains momentum on attack and he also has an eye for the try-line. It should be a tough day at the office for the Azzurri’s defence if he builds up a head of steam.

The breakdown battle is crucial to the outcome of most matches in the modern game and this one will be no different as both sides have extremely talented young openside flankers in Italy’s Michele Lamaro and England’s Tom Curry, who will be leading their respective teams’ onslaughts in this facet of play. The duo usually give their all when battling for possession on the ground, often showing a disregard their own personal safety and it will be interesting to see who comes out on top in this duel. Apart from that, they are also adept with ball in hand and on defence and both will be determined to make their presence felt in those departments. Both will also be captaining their respective sides which means their decision making will also have to be of a high standard throughout.

Just like last week, we expect the Azzurri to put in a decent performance during the early stages of this game but they will not be able to sustain that competitive effort for too long and England will eventually prove too strong. The visitors’ class will come through as this encounter progresses and in the end they will seal a comfortable victory. England by 30 points.