Don’t miss a moment from Paris-Roubaix and Unbound Gravel, to the Giro d’Italia, Tour de France, Vuelta a España, and everything in between when you
>”,”name”:”in-content-cta”,”type”:”link”}}”>join Outside+.

Two wins in three days isn’t a bad way to head into your A-race for the season.

Simon Yates capped a rollercoaster ride through the Vuelta a Asturias on Sunday with a blazing solo victory that left him perfectly poised for a push at the pink jersey at the Giro d’Italia.

“I’ve just finished the Vuelta a Asturias, and the two stage victories there have confirmed to me the good job done during the recent altitude training camp,” Yates said Monday.

“I’ll be leaving for Budapest ready for my fifth Giro d’Italia. I still have memories of the great celebrations on the podium in Milan last year, and it wouldn’t be bad to re-live the same emotions again.”

Yates’ Asturias assault reconfirms him as a top favorite for this month’s Giro.

The Brit showed he has all the potential for a pink jersey in his blazing 2018 debut and looked the one rider capable of blunting eventual winner Egan Bernal when he battled his way to third at last year’s race.

Richard Carapaz and Miguel Ángel López will be Yates’ main rivals in what is a deep GC field this month.

“A success in a way is not the end result. I want to go there in my best condition and do the best result possible. If I don’t win then, then that’s ok because somebody is better than me. If I go there and I am not at the level required, then that is a failure for me,” Yates said.

“From an actual racing point of view, you always aim for the podium. We aim for the podium and once we get closer to the last week, we assess if we are in a position to win it or not, then we go at it from there.”

Two big wins in Spain show Yates has hit the form he wants to go toe-to-toe with Carapaz and López.

But his crazy trajectory through the Asturias – a solo victory, a huge 12-minute defeat, another solo victory – leaves a glimmer of doubt.

Yates has got some of the fastest legs of the bunch, but if they’re not the right temperature, they might go missing.

“I had a little bit of a bad day yesterday, just with the heat,” Yates explained after his victory Sunday. “It was the first really hot race that I had done all year but today I bounced back very well, the legs felt good and the team rode really well again.”

Problem is, as Yates knows from past experience, one off-day can ruin 20 good days.

BikeExchange-Jayco confirmed the seven that would be supporting Yates in his Giro bid Monday, with U.S. time trial champ Lawson Craddock set to see his first grand tour for the Aussie crew.

Craddock raced the Giro once before, in 2020, but didn’t see many stages before abandoning to attend the birth of his child. He will be one of just three U.S. riders expected to be at the race this year alongside Will Barta and Joe Dombrowski.

Craddock will be joined by a mixed bag of rouleurs and climbers that will be dedicated to guarding Yates’ flanks.

Team captain Michael Hepburn, experienced engine Chris Juul-Jensen, and mountain ace Lucas Hamilton will all have a major role in the team’s main GC goal for 2022.

“The Giro d’Italia has been a big, big goal for the team over the last few years and this year is no different,” said team director Matt White. “We have a really good squad with a lot of experience in grand tours and we will go into the Giro as one of the favorites for the race. It is a challenge we are looking forward to.”

Yates has the team, the form, and the experience of the Giro at his side.

But his past four Giri, and the COVID-crises and late-race meltdowns they brought with them, prove that in Italy, anything can happen.

“Traditionally the Giro has always been the hardest of the three Grand Tours in the last week and this year is no different with many climbs in the Alps. Of course, the weather conditions can play a very important role, going from snow to very hot temperatures,” White said.

“One thing for sure is there’s always a surprise around every corner in the Giro and I think this is one of the attractions of the race and a reason we love it so much.” 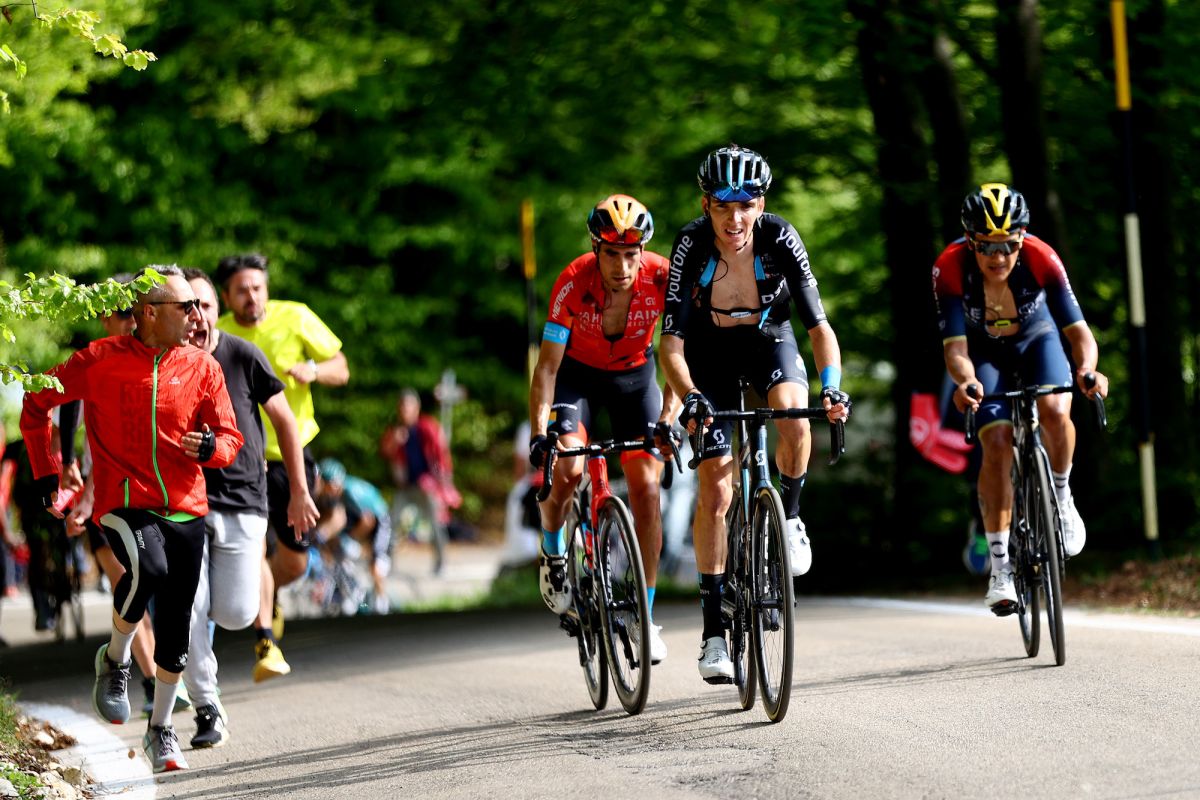