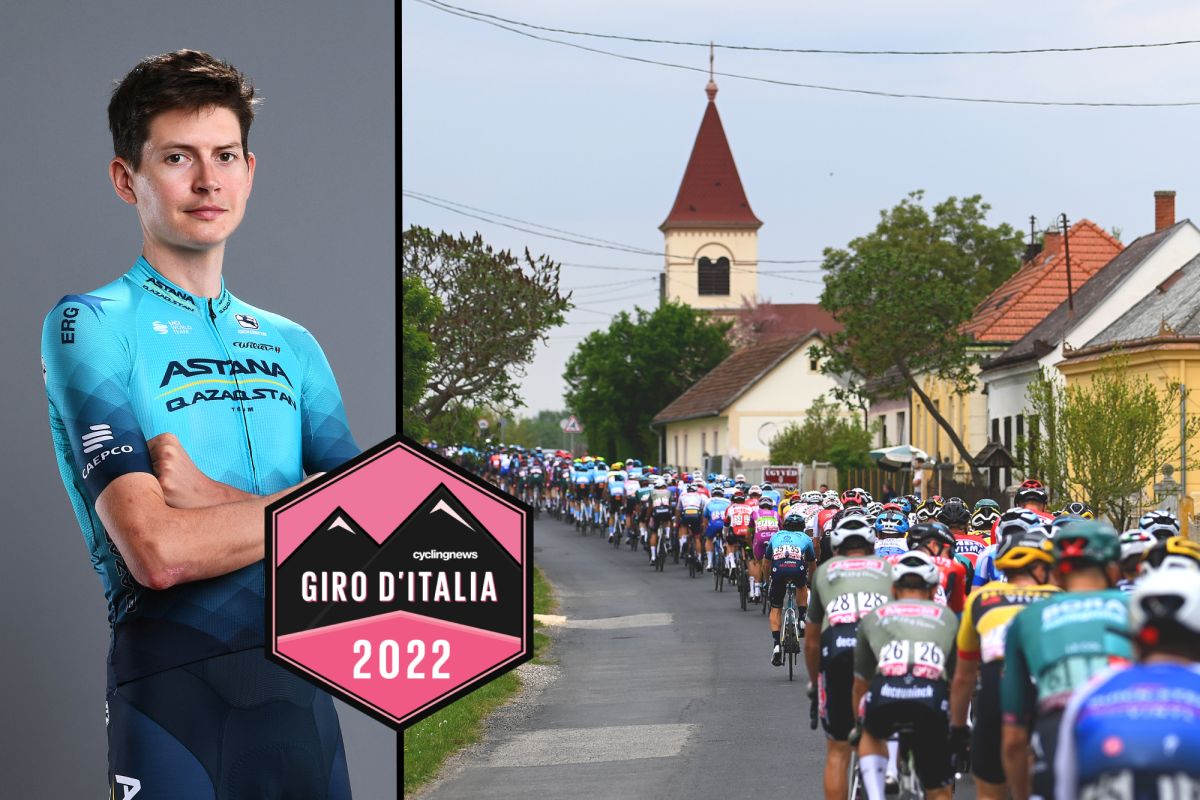 Joe Dombrowski is one of just three American riders at this year’s Giro d’Italia, and in an exclusive diary for Cyclingnews, he will share his thoughts on the racing, reveal what goes on inside the peloton, and share his own emotions of riding the Corsa Rosa.

He won a tough stage to Sestola in the 2021 Corsa Rosa and returns to the Italian Grand Tour as part of the Astana Qazaqstan led by Miguel Angel López and Vincenzo Nibali. However, Dombrowski hopes to also have a chance for another stage victory during the next three weeks of intense racing.

After months of build-up, weeks spent devoutly at altitude and lots of intense training and racing, the Giro d’Italia has finally started.

Yet in truth, it feels like the Giro hasn’t really begun, that we’ve ridden a final pre-Giro race to get ready for the real action in Italy. It’s a strange but interesting feeling. It’s like enjoying a good espresso coffee somewhere in the world but knowing that an espresso always seems to taste better when you’re in Italy.

I had the same feelings the last time the Giro started abroad, in Israel in 2018. Obviously not being in Italy makes it a unique event and Hungary was special thanks to the huge crowds but the logistics and race rhythm are also different with a Grande Partenza outside of Italy.

In Hungary we started with a road stage followed by essentially a prologue, an inversion for sure of standard programming. And while Mathieu van der Poel in the maglia rosa seems a plausible outcome regardless of the order of the first stages, it certainly created a variation in momentum.

This year’s Giro feels different even from a logistics point of view. In Hungary we had our second team bus, second mechanic’s truck, and of course different team cars. The bus is our home from home during the Giro but knowing we’re on one bus in Hungary for three days meant not getting too comfy.

An entire separate fleet of team vehicles awaits us in Sicily and so symbolically marks the start of the Italian Corsa Rosa.

With the three Grande Partenza stages done, we said ‘Ciao’ to Hungary and all 175 riders, team staff, and our race bikes took a charter flight from Hungary to Sicily on Monday morning. While technically the first rest day, I’m sceptical of how restful it will turn out to be. We had a 6:30 am wake-up, a two-and-a-half-hour flight, and a training ride after arrival.

Juxtaposed against this slightly altered rhythm of a Grand Tour start is the metronomic, and perhaps increasingly robotic, day to day physiological and health monitoring. It seems we are always finding new things to measure everything in the name of performance.

In the morning we report our resting heart rate, heart rate variability, and submit a urine sample to check hydration levels. We check body weight before the stage, and immediately after the stage.

In addition to a race nutritional plan for each stage, our food portions for breakfast and dinner are calculated for each individual rider and weighed on a gram scale. Our power file is uploaded straight after the stage, and the nutritionist also calculates what is needed based on the kilojoules expended on the bike that day, and post-stage weight for hydration purposes.

While this leaves us with quite a robotic feeling, in a way it’s easier to have someone tell you everything you need to do, then to have to think about it yourself.

Impressed by Simon Yates and Budapest

Two flat road stages, and a time trial, have made for a relatively easy start to the racing but I expect stage 4 to Mount Etna could be explosive, with the GC riders showing their cards for the first time.

For me, the most impressive performance so far has been Simon Yates’ win in the time trial. It is reminiscent of when he came out guns blazing in the 2018 Giro. He won several stages, but saw his pink jersey and GC hopes crumble after he went very deep in the time trial and then Chris Froome made his assault on Colle de Finestre.

Whether Yates takes a more conservative approach to this Giro is yet to be seen, but clearly he is a man in form, and for me, one of the clear favourites.

It’ll be interesting to see what happens on the climb of Mount Etna, it will be a special day for Vincenzo Nibali, who hails from nearby Messina, and for Miguel Angel Lopez as we work to protect him for his shot at the GC.

As bike racers we never get to see much of where we race, we’re always resting, travelling and racing hard. But Budapest seemed like a cool city with some beautiful architecture.

While I’m looking forward to racing to Italy, and getting into the full Giro rhythm, I’ve earmarked Budapest as a place I would like to come back to visit for perhaps a long weekend.

Of course, I hope to be racing in Italy for the next three weekends and then there’s lots of other races to come. But Budapest is on my list to visit when I’m not distracted by a bike race.