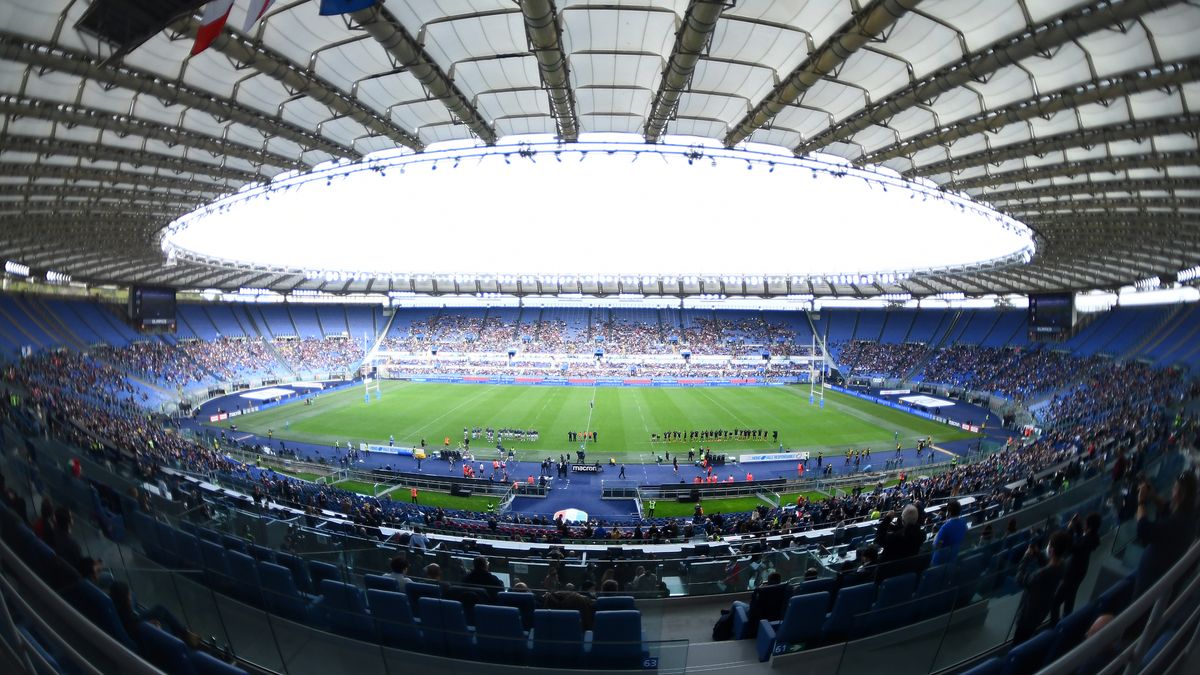 After a narrow defeat last week, England will be keen to get their 2022 Guinness Six Nations campaign back on track with a win against Italy. Sunday’s Stadio Olimpico clash kicks off at 3pm GMT. UK fans can watch Italy vs England free on ITV and you can make sure you know how to watch a free Italy vs England live stream from anywhere with a VPN.

The team news is in and England coach Eddie Jones has rung the changes. Twice-capped Harry Randall starts in place of Ben Youngs, Jack Nowell gets a chance out on the wing, Jamie George comes in at hooker, Will Stuart is the new tight-head prop and Charlie Ewels is in at lock.

The Azzurri have made three changes after losing 37-10 to France last week. South African-born flanker Braam Steyn is in, but wing Tommaso Menoncello – Italy’s only try-scorer against Les Bleus – is out with an injury. Pietro Ceccarelli comes into the front row while Paolo Garbisi starts at fly-half.

Last week, Scotland stunned England to win the Calcutta Cup for the second year in a row. The Red Rose have never lost to Italy but coach Eddie Jones remains cautious, calling on his young side to “light up” Rome and continue that record come Sunday.

UK TV license holders outside of the country this weekend can use a VPN to unblock the free Six Nations live streams. Not used a VPN? It’s easy – follow the step-by-step guide below.

Watch Italy vs England from abroad using a VPN

Even if you have subscribed to the relevant 2022 Guinness Six Nations rights holders, you won’t be able to access them when outside your own country. The service will know your location based on your IP address, and will automatically block your access.

A Virtual Private Network (VPN) helps you get around this obstacle. VPNs are a doddle to use and create a private connection between your device and the internet, helping you access local streams from anywhere – and saving you money!

How to use a VPN

Using a VPN is incredibly simple.

1. Install the VPN of your choice. ExpressVPN is the one we recommend.

2. Open up the VPN app and choose the location of the service you wish to access. For Italy vs England, you may wish to choose ‘UK’ for ITV Hub.

3. Then head over to ITV Hub on your browser or device and enjoy the free Italy vs England live stream.

Watch Italy vs England live stream in the USA

NBC Sports will broadcast every match of the 2022 Six Nations in the States, including Italy vs England on Sunday, 13th February. Coverage will be streamed live on Peacock; subscription costs  $4.99 a month (with ads) or $9.99 a month (ad-free).

Peacock membership gets you full coverage of the 2022 Guinness Six Nations plus Premier League soccer, Premiership Rugby, blockbuster movies and TV boxsets such as The Office.

Remember: UK nationals who are outside the UK can stream Italy vs England free on ITV Hub using a VPN. Follow the step-by-step guide above.

Stan is the place to watch all of the Six Nations in Australia, including Italy vs England on 13th February 2022. What’s more, there’s a 7-day free trial of Stan Sport to try out. The subscription proper starts from $20 per month.

Remember: UK nationals who are outside the UK can watch Italy vs England free on ITV Hub using a VPN. Details just above.

Rugby fans in the Emerald Isle can watch free-to-air coverage of the Six Nations 2022 – including Italy vs England – on RTE.

The coverage is also split with Virgin Media and is available on Virgin Media One. The Virgin Media Big Bundle costs €69 per month, which gets you 50+ TV channels and a set-top box complete with voice control.

Streaming service DAZN is the place to catch the 2022 Six Nations – including a Italy vs England live stream – in Canada, Austria and Switzerland.

Those in Canada can subscribe for just CAD $20 a month, which includes Six Nations games as well as Premier League and Champions League soccer. DAZN membership costs around €12 a month in Switzerland and Austria.

As ever, SuperSport is the place to watch the Six Nations in South Africa, Ethiopia, Benin, Congo and the Democratic Republic of Congo. The African online sports channel will broadcast Italy vs England via its DStv satellite platform in South Africa. You can sign up to DStv here. Failing that, head to any bar in the Cape Town area.