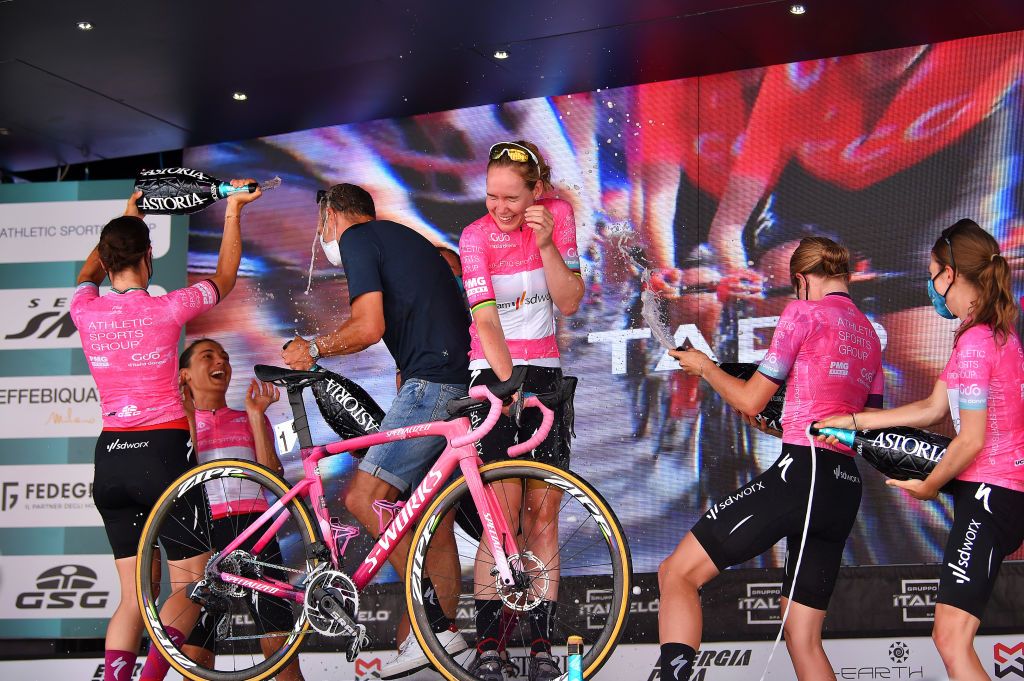 Organisers of the 2022 Giro d’Italia have revealed the route details for the 10-day race that will begin in Cagliari, the capital city of the Italian island of Sardinia, on June 30 and conclude in Padova on July 10.

Sardinia will host the first three stages along the eastern coastline. Following a rest day on July 3, the race will travel from Sardinia to the mainland ahead of stage 4 in Cesena.

The route will then travel northward, passing through Emilia-Romagna, Lombardy, Trentino-Alto Adige and Veneto, and includes a mountain-top finish at Passo Maniva.

As the event returns to the Women’s WorldTour, Pulse Media Group (PMG Sport) and Starlight have promised two hours of daily live broadcast along with a €250,000 prize purse to match the Tour de France Femmes avec Zwift. Of the total purse, €50,000 will go to the overall classification winner.

It has confirmed media visibility, with a daily production of 120 minutes of live footage, distributed in agreement with Discovery-Eurosport. The network will ensure broadcasting in over 160 countries around the world, and an agreement with Italian broadcaster RAI, according to a press release.

However, American team Human Powered Health were not listed as a participating team.

PMG Sport, along with Starlight, became the new organisers of the Giro d’Italia Donne in 2021. The event was downgraded to the 2.Pro Series for not providing required live television in 2020, but the new organisation had a stated aim to be back on the Women’s WorldTour in 2022.

Although PMG Sports promised live TV ahead of the 2021 event, just before the race started it was revealed that the live coverage would be merely the final 15km of each stage and fans were left frustrated by the inconsistent and sometimes non-existent live footage.

Roberto Ruini, founder of PMG Sport and General Manager of the Giro Donne, has promised more for this year’s event.

“The well-deserved return to the UCI Women’s WorldTour of the Giro Donne is an important international result that honours, first of all, the high sporting quality of the competing athletes, the true heritage of this historic race, together with our commitment to make the most of it, as organisers, producers and distributors,” said Ruini.

“If in 2021 bringing the Giro Donne back to the Women’s WorldTour was the main objective for us, this year we intend to further accelerate the process of growth and enhancement of this memorable competition to make it one of the great and most important sporting events of the year, expanding its national and international echo.

“Commitment and passion are guiding our work in the organisation of the Giro Donne 2022 with great technical, sporting, and organisational value to get the best result for everyone, first of all for all the athletes involved and for the increasingly large and passionate public.

“An objective that can be reached thanks also and most of all to the great involvement and valuable collaboration by the institutions, Regions and Municipalities that will host the race, proud with us to bring a great not only sporting event through the environmental, historical and artistic beauty of our country; precious partners all united by our vision, that is to consider sport and women a winning combination and on which to bet every year more and more.”